Over the rainbow, through the ‘hoods and down the rabbit hole…On Ice

From inner city classrooms to ice arenas, doctors’ visits to top scientific commentary, Making the Quantum Leap is the first real-life, real-time documentary story about the concepts and theories so many other movies, and millions of people, are now talking about.  With humor, drama, surprise and inspiration, this movie is a powerful demonstration of how to make “impossible” things come true in our magical, interconnected universe.

Jane Barrash “retired” from ice skating at age thirteen and 36 years later announced she would train for a 50th birthday performance.  Despite many twists and turns (and a broken foot), the Quantum Leap Event was held April 21, 2007.  Footage and photos captured a modern-day fairy tale unfolding amidst scenes and synchronicities that could never have been scripted, and the story just kept going.

The new paradigm picked a great story to tell. 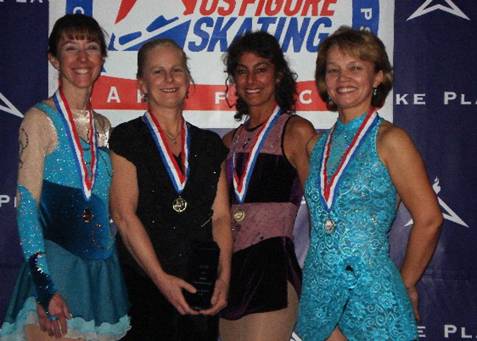 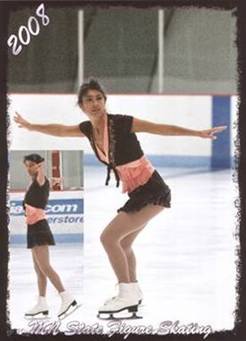 Jane kept up her skating after her Quantum Leap event and in her first competition since she was a pre-teen, in 2007 (at age 50) Jane Barrash outperformed competitors as young as 21 and became a state champion.  In 2008 she competed at the Adult Nationals in Lake Placid, New York (the performance is included in the film).

Jane Barrash is Executive Director of Continuum Center, organized to explore consciousness, human capacity and the interconnectedness of life for personal, professional and planetary transformation.  www.continuumcenter.net   Jane has been with Continuum Center since 1984, and has been teaching the Discovery of Self program since 1986 to audiences ranging from Fortune 100 executives to maximum security inmates and high risk youth.  She is considered a leader in transformational strategies and an expert in peak performance. Jane has since won another state championship and a world championship(at age 54).

“The world needs more films like this – a refreshing and inspiring first-hand account of a genuine Quantum Leap journey.  I can’t recall a time before when I watched a movie and got goose bumps that lasted till the very last frame.”  Scott Nash

“A group of us went to a small screening of the documentary, Making the Quantum Leap and it had a profound impact on us all with the intersections of science, consciousness, humor, quantum physics, holistic perspective on health and healing.  Jane is an amazing role-model who lives in the new paradigm of health and consciousness.  We all knew when the film was finished that it needs to be distributed widely for its powerful messages need to be heard by many.  I want to use it in the classroom in the graduate program at the University of St. Catherine, others want to bring it to their hospital; one even states that she wants a copy to take to the health facility where her aging mother resides.  The documentary so cleverly uses humor to teach and to promote the messages of transformation and healing and consciousness; it inspired me for days and weeks afterwards and has had a lasting impact.

We truly believe this documentary should travel the independent film circuit and will more than likely be nominated for an academy award.  I tell you this because nurses have very high standards.  I’m so impressed…the film has many potential audiences who will benefit greatly.” Janet Dahlem, MA – Associate Professor, Master of Arts/Holistic Health Studies at the University of St. Catherine, Minneapolis

“I watched your film last night and loved it.  What I found most attractive was your authenticity.  This cannot be faked.  It oozes out of you in every scene and it shows how much work you have done at a deep soul level.  You are that most rare combination:  completely grounded in your body and your community and your place while simultaneously living both with the highest ideals of loving service and a profound faith in our ability to make the invisible visible.

One of the great moments of high drama is your interview with the doctor advising you to lay off your foot, and then the seeming ease with which you stride forward with confidence in yourself and your dream.  As a teacher and a director of Continuum, you have undoubtedly enabled so many to step into the fullness of their lives.  I’ll bet you’ve even raised some people from the “dead.”   I loved the early scenes where you express your fascination with spiritual/philosophical exploration.  As a professor of cosmology and philosophy, I found it just wonderful to be reminded of that deep thirst some young people have.  As I finish this letter I will start preparing my next lecture, and your desire for the depths of things will be inspiring me.  Heartiest congratulations! And gratitude for the gift your film will be for our world!”  Brian Swimme, PhD – Professor, author and documentary producer

“I was at your movie showing last night and felt compelled to tell you what a profound effect it had on me.  Last night, I dreamt that I could skate…and girlfriend, I cannot skate at all.  All I do is fall down.  However, in my dream I could feel each blade stroke and how it felt to spin and glide.  It was remarkable since I have never experienced any of those sensations in real life.

Even more profound is how the movie spoke to me right at the time that I needed some encouragement from the universe.  I have been trying to manifest making a living using my psychology education, massage therapy and writing skills; but for some reason, I have been experiencing blocks.  This is not normal for me.  Usually, I can manifest what I envision.  I needed a cosmic jumpstart, and your movie did just that.  So, thank you very much for sharing that part of your life…” Sherie Tazelaar

“The movie was very engaging and the time flew by as I watched it.  Though it is a documentary about Jane and her work, the story it tells really is interesting and dramatic.  One of the main points in the movie is that we have the ability to take big leaps in our lives toward something good or exciting or whatever we can envision.  During the movie I was constantly thinking about what one of these “leaps” would be for myself, what was it I want to become.  This made the movie very inspirational for me.”  Todd Thompson – high school science teacher, retired chemist

“This is really quite a remarkable achievement that you, with Marty and Nick, went out and created.  Watching it morph and evolve was actually quite amazing to me having been in this game awhile and seen it all.”  Charlene Bacigalupo – events/film promoter

“Watching the movie was like a direct download of information to my DNA; I could feel a cellular impact. Congratulations on a fantastic and important piece of work.”  Bob Kowalski – Kowalski’s Markets

“It’s a fantastic story.  What a strong and needed message; well done…and personally timely.  I found myself wandering in and out of the film and it caused me to reflect on some very profound thoughts.  The movie touched me and touched on many of the things that we all go through; in that way it is universal in appeal – that is quite an accomplishment. Thank you!”  John Harriss – Pres, Harriss Architects

“Thanks for letting me borrow the DVD, I watched it three times!  It’s so inspiring!!” Jill Mintz

“I am a bit speechless about your story, its messages and the absolute synchronicity of it finding me at this time!” Diane Berthel

“I viewed  MAKING THE QUANTUM LEAP.  It is wonderful!   A real-life demo/application of the premises proposed in so many books and movies.  You are really a wonderful guide through the whole thing — terrifically cameragenic and eloquent, totally at ease.  The historic stuff about you was fascinating and really set the stage.  You really are a treasure, Jane, and the testimonials of all those folks show how they hold you in highest esteem, as I have for two decades.  I’ll follow your unfolding path with great interest.” Larry Dossey, MD – NY Times best-selling author, first physician asked to deliver the Mahatma Gandhi annual address in New Delhi

“I was moved to tears by your candid and motivating documentary…as a Feng Shui consultant who teaches and encourages others about the power of intention, Making the Quantum Leap is essential viewing for everyone because it personifies the real meaning of “intention”.  Thank you, Jane, for sharing your amazing story.”  Hinda Abrahamson

“Your film has great merit and as a first film production is quite good.”  Robb Quast (film festival coordinator)

“I LOVED this movie and can’t wait to see it again – with everyone I know.  This is the nitty-gritty, flesh and blood, day to day workings behind the mind-bending stuff of What the Bleep do we Know#?!.  Making the Quantum Leap rearranges the way you look at your own life and the world.  Jane is inspiring and her ice skating alone is worth seeing; but what I really loved was her playful determination to explore and stretch her own reality.”  Paulette Pickard

“Making the Quantum Leap has a big purpose given the times we are in, and displays the hope and strength we need.  I’ve seen it twice and want to watch it again and again.”  Donald Jackson

“I loved your movie.  You are a powerful speaker and so much of what you said was so clear and crystallized, like jewels, and rang of truth.  I could feel the truth of what you were saying in my body.  I left wanting more!  Soraja Servati

“In the telling of your amazing story you have given us real life proof that we are the designers of our destiny, the creators of our reality.  Thank you for encouraging us to fearlessly say “yes!” to our dreams, to envision greatness and to be aware of the delightful synchronistic messages sent our way.  Congratulations on a wonderful documentary!  I loved every minute of it and will be inspired by its messages for a long, long time.” Kristin Volk Funk