Edward Curtis Exhibit of the North American Indian: Consciousness is in all of life and all things are interconnected 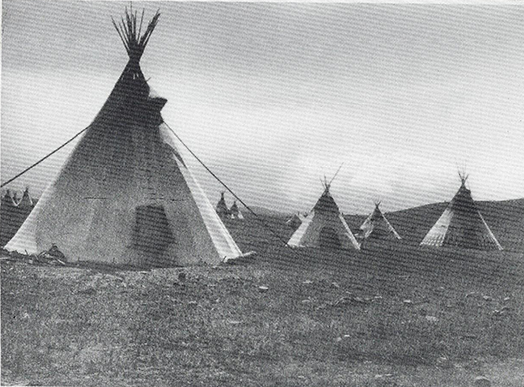 “The first peace, which is the most important, is that which comes within the souls of people when they realize their relationship, their oneness with the universe and all its powers, and when they realize that at the center of the universe dwells the Great Spirit, and that this center is really everywhere, and is within each of us.” Black Elk, Oglala Sioux

The Continuum Edward Curtis exhibit tours non-museum settings including schools, corporations, casinos, hospitals and public events, and highlights the traditional world-view of the North American Indian. Our Curtis exhibit is staffed by Native Americans transitioning out of treatment or prison, or seeking job training. These efforts were made possible by the generous support of Christopher Cardozo, and sponsors over the years including Billy Weisman, Earl Bakken, David Jasper, Matt Monsein, Sage and John Cowles, Horst Rechelbacher, and Kiran Stordalen.

“I think that the Edwards S Curtis exhibit allows the public to view Native Americans in a new way, a good way. There is a lot of pride in being Native American. The exhibit has enabled me to see the ways of my ancestors and the very strong values.

There is a perception that has been created that I had to deal with as a child. It was a belief that all Native Americans are savages and drunks. As an Ojibwe, being ridiculed and teased by my peers at school and the general public throughout my childhood and adolescent years did a lot of damage to my personal belief and my culture. I think the exhibit helps to bring forth a very different light, how I am able to see myself and how I think the public views a Native American which in turn helps myself and my children.

People are genuinely interested in us as a culture…Being able to view the change in the outlook of the public has also helped my self-esteem and self-image.”  Paul Wenell, Ojibwe 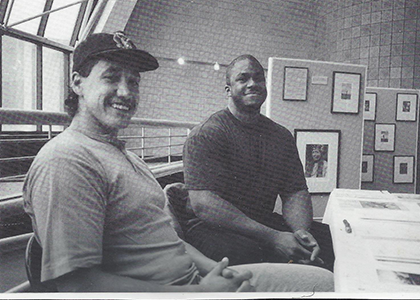 “Everything on the Earth has purpose, every disease and herb to cure it, and every person a mission. This is the Indian theory of existence.” Mourning Dove, Salish 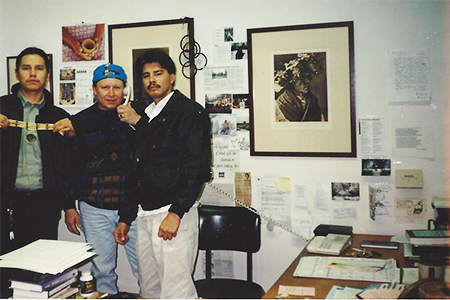 “I have benefitted greatly from exposure to our collection of Edward Curtis photographs. I went on two exhibits and they were wonderful experiences for me. I met a lot of people at both exhibits and it was fascinating to see how much people are interested to see and learn what Edward Curtis has done. I have to say that being surrounded in this office with Edward Curtis photographs on the walls, enriches my capacity to be proud of my heritage. I enthusiastically am looking forward to attending more exhibits. I feel I have something to contribute.”  George Fairbanks, Ojibwe

“Working with the Edward Curtis exhibit has been very rewarding for me personally. It’s given me the opportunity to honor and show the pride and dignity of the people of the past. It also gives me a chance to meet a wide range of people both Native American and non-Native.

It’s been really overwhelming at times to see the faces of all races as they stare in awe of the people and the spirit that Curtis captured. I know wherever the exhibit goes everyone involved gets a small dose of true history and a large dose of spirit and good feeling inside. In my belief as a Lakota we must give back to the community and by being part of the exhibit, I gain a lot of self-esteem and pride, because I know I am giving back.”  Paul Hayes, Lakota 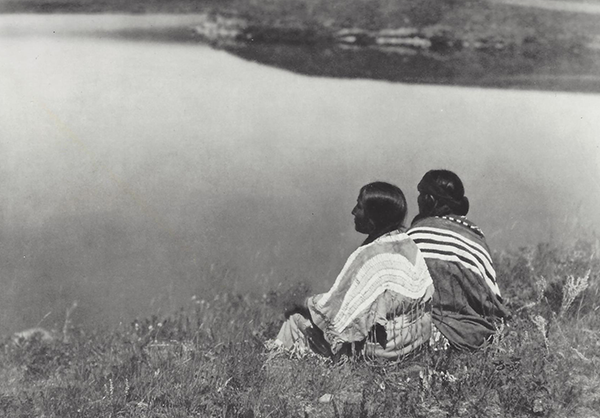 We would like to express our appreciation to the Continuum Center for organizing the display of Edward Curtis photographs and the associated Joey Browner talk. These events attracted a record turnout and provided a terrific kick-off to Diversity Month at Honeywell Solid State Electronics Center. We have already received many positive comments on this work, including several “best ever” critiques! We also heard enthusiastic responses like, “wonderful preservation of history” and “an inspirational presentation”. Honeywell SSEC Diversity Council

“I extend my sincerest appreciation for the opportunity to host your exhibit. As Native Americans we are always looking for ways to tell people about our history. I think the exhibit was very well received, everyone I spoke to seemed very appreciative for the opportunity to gain further knowledge of our culture and our past. Our marketing department did a survey of the people who attended and it showed that the exhibit drew people from as far away as Canada. It was also of great interest to the elders of our community who seemed to share a spirit with the Curtis exhibit. Thanks for making the two weeks of the exhibit a great success.” Bob Larsen – General Manager, Palace Casino

“We were very pleased to have the Continuum Center’s exhibit of Edward S Curtis photographs at our Phalen Park Centennial event. The photographs were of excellent quality as well as your presentation of them. The birch bark easels were perfect! We received many positive comments from attendees and hope we can work with you in the future.” Sarah Fehr – Director of programming, East Side Arts Council 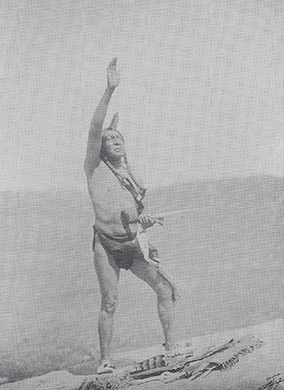 “We are the land. To the best of my understanding, that is the fundamental idea embedded in Native American life and culture in the Southwest. More than remembered, the Earth is the mind of the people as we are the mind of the Earth. The land is not really the place (separate from ourselves) where we act out the drama of our isolated destinies…the land is not an image in our eye but rather it is as truly an integral aspect of our being as we are of its being.” Paula Gunn Allen

“One of the critical arenas where change is both imperative and ongoing is that of attitudes toward the planet Earth. Since it’s obvious that man’s abuse of the Earth is related to the prevailing image of our relationship to the planet, it is interesting to examine a recently-announced scientific concept of the Earth as being – in important respects – alive. If the Earth is a living organism, does it also exhibit consciousness? To be sure there is no scientific basis for postulating such an Earth consciousness. On the other hand, it is inherent in the way science developed that if the Earth did, in fact, possess consciousness, it is quite likely that science would have overlooked it.” Willis Harman, PhD