The Continuum Exhibit presents the research, writing and speculations of many of history’s greatest thinkers on the nature of human consciousness, of death and dying, and the continuity, purpose and interconnectedness of life.

Reality is not limited to the perception of the five senses

Energy and information are indestructible

Consciousness can exist independent of the physical body

There is no proof that consciousness ends at death…and much evidence it continues. 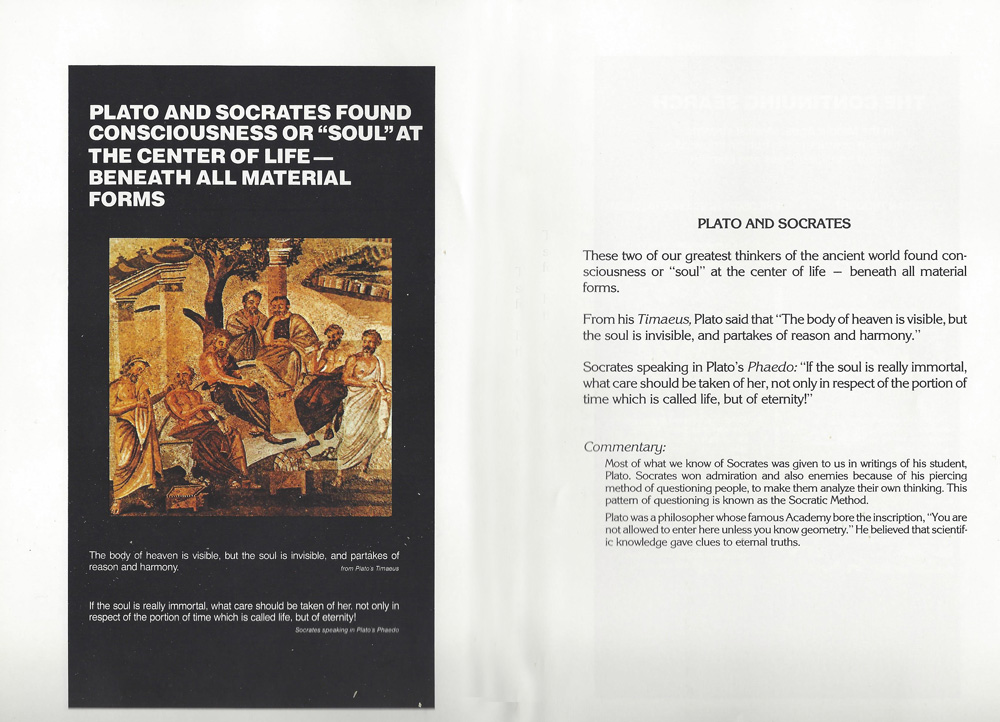 As we update the exhibit, we will draw evidence from many sources and there are many new stories to tell about consciousness, its relationship to the physical universe and the physical brain and body.

Though it is often said that the ceasing of any sign of brain activity upon death is evidence that consciousness has too ceased, no one would argue that the radio is the source of the signals because when it is damaged or breaks down, limited or no stations come through.

The following is a recent case that demonstrate consciousness went somewhere and returned…there wasn’t a viable brain to host it.

Taylor Hale, Teen Whose ‘Brain Had Turned to Mush,’ Set to …

Taylor Hale, “Teen Whose ‘Brain Had Turned to Mush”,’ was declared brain dead…the experts were looking but no sign of anything…dead, dead, dead brain. They unplugged her from life support and consciousness didn’t end with her dead, dead, dead, tuned-to-mush brain. Taylor’s consciousness returned. Where did it go?

“All matter originates and exists only by virtue of a force.  We must assume behind this force is the existence of a conscious and intelligent Mind.  This Mind is the matrix of all matter.”  Max Planck

The new Exhibit will be organized around themes including:

If its focal point is the issue of death, dying and survival, the real theme of Continuum is the unity of humankind, the integration of scientific knowledge and transcendent intuition, and the interconnectedness of all of life.

The eyes of the silent watcher look forever toward the rising sun – the constant renewal of life and energy.

It was believed that the sphinx contained a riddle.

“It is a primitive form of thought that things either exist or do not exist.” Sir Arthur Eddington, physicist

“There is no death of anything except in appearance.” Appolonius of Tyana (1st century AD)